If you've been following our social media pages or if you've been to our Bethlehem Rose Garden cleanups on Saturdays, you've probably heard me mention Rose Rosette Disease or RRD for short. It's also commonly referred to as "Witch's Broom." But what is it? How is it spread? Is it treatable? How do you identify it?

Symptoms of RRD have been noticed at least as far back as the 1940's, but only as recently as 2011 was it determined that it was caused by a virus. 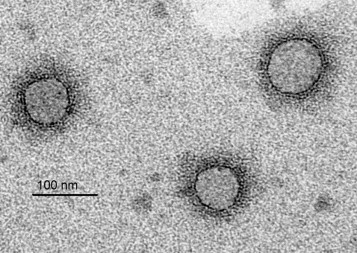 and is in a genus of plant viruses with 10 other recognized species. The virus is primarily transmitted by the eriophyid mite Phyllocoptes fructiphilus: 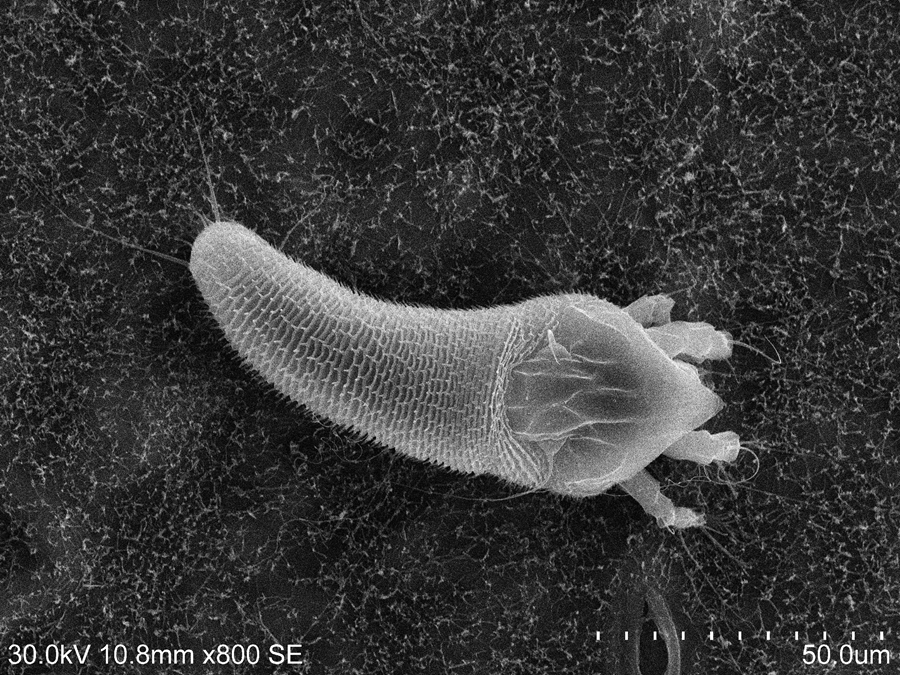 but can also be transmitted via grafting. The virus is not soil borne, but if infected roots are left in the soil after a rose is removed, it could potentially infect new, healthy roses. The mites are microscopic - 3 to 4 times smaller than an average spider mite. They can be transported by wind or by garden tools. For example, if you are pruning a rose that has the mites, they can "hitch a ride" on your pruning shears. When you move onto an uninfected rose, you could be inadvertently spreading the mites (and therefore the virus) to originally healthy plants. As the mites feed on the plant, they infect it with the virus. Symptoms appear on new foliage in the spring. By the time symptoms appear, the entire plant is infected and must be removed. If left in place, roses typically die within 2 to 3 seasons, and the longer they are left in place (not removed and destroyed) the more likely the disease is to spread to other roses.

Allentown Rose Garden lost over 700 roses last year from the disease. It is currently not treatable but scientists are researching several varieties of roses to determine if any are resistant or immune and will then work with rose breeders to try and develop roses that are immune to the disease.

In the Bethlehem Rose Garden, I went around and tagged about 3 dozen roses with symptoms of RRD for removal and over the past couple Saturdays, I've been working on removing them. What was I looking for? I was looking for what gives the disease it's nickname "witch's broom" pictured here: Clusters of distorted, brush-like shoots and branches that originate from the same point. This is usually followed by defoliation and dieback. Oftentimes, these clusters start off as red or yellow, eventually becoming brown and dead.

Other possible symptoms (they really depend on the specific variety of rose, though these "witch's brooms" are a telltale sign), are excessive thorns and thickening of shoots/stems. Here, you can see a substantial difference in the thickness and the number of thorns between a RRD-infected rose and an uninfected rose of the same variety. However, certain varieties of roses do naturally have excessive thorns, so you have to be familiar with the specific variety of rose you are looking at and what a typical specimen from that variety should look like.

Other common symptoms of RRD-infected roses are branch/shoot dieback, reduced winter hardiness, and increased susceptibility to other diseases.

Here are some additional photos as examples: Can I prevent RRD? There are certain steps you CAN take to try to prevent RRD.

Miticide:
Certain miticides actually stimulate production of spider mites. So if you would like to use a miticide as a preventative measure, look for a miticide that prevents both eriophyid and spider mites, such as:

Cultural Control:
Removing and properly disposing of RRD-infected roses as soon as possible is extremely important to help prevent the spread. Roots, leaves, and other parts of the plant should be carefully removed. Debris should be removed by hand rather than with a leaf-blower and carefully bagged. It is recommended to wait several months before transplanting healthy roses.

Roses that are well-spaced so that stems/leaves do not touch each other helps prevent eriophyid mites from moving plant to plant and mixing in other plants between roses also helps.

Maintaining healthy roses is also a good way to help fight off diseases/pests. Watering when needed, testing soils and amending accordingly, and controlling other diseases and pests help maintain a healthy rose bush which in turn makes it less susceptible to infection.

It is also important to clean any garden tools that may come into contact with a RRD-infected rose. You can dip your pruning shears in bleach, or wipe them off with disinfectant wipes (Lysol®, Clorox®, Seventh Generation®, etc.) Digging up the roots? Be sure to disinfect your shovel. Wearing gardening gloves? Disinfect those too! Make sure to be vigilant. The past couple Saturdays that I've been working on removing roses at the Bethlehem Rose Garden, I've unloaded the trunk of my garden tools into my driveway (which is away from any of my plants). I immediately disinfect every. single. tool. that I brought with me, then hang them up in their rightful place on the pegboard in my garage. Recently, someone remarked to me, "I remember my father walking around with a jar of Barbicide® and he would dip his pruning shears in it after he pruned each plant." Smart man!

Have any questions? Feel free to add a comment at the bottom of this post or email: info@lvrosesociety.org.

What to Look For - Rose Rosette, Center for Invasive Species and Ecosystem Health, University of Georgia, roserosette.org/what-to-look-for/.